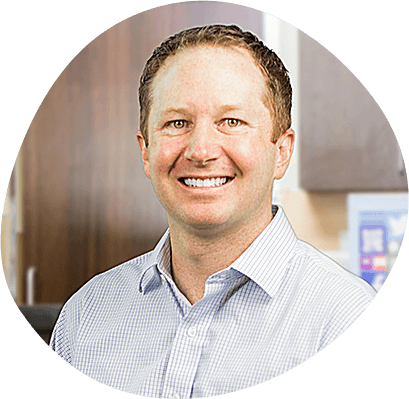 I’d like to start by admitting that sometimes as physicians we make things confusing for families. Sometimes we make a recommendation and then a year later say that the exact opposite is now recommended. As pediatricians, we know that medicine is a “soft science” and there is more gray than black and white. But we also recognize that new parents want (and to a certain degree need) black and white. And, sometimes it turns out that black is actually white and vice versa, which is a good way to introduce the topic of food allergies.

What are the things new parents should know about allergies and when should they seek help?

Infants usually start eating solid foods at an age of 4 to 6 months. Some infants are at a higher risk for an allergic reaction than others (see below). If a child is allergic to a food, they will usually have a reaction with their first ingestion. It is important to learn the symptoms of a food allergy and know how to get help, since sometimes an allergic reaction can be serious or even life-threatening.

What is a food allergy?

More than one-third of parents will report an adverse food reaction in their infant or toddler, but this is rarely a food allergy. There are many ways that children can have an unfavorable response to food, such as vomit, get a mild facial or diaper rash, get a bloated stomach, get diarrhea or constipation. When doctors use the term “food allergy”, they are talking about a very specific thing. Food allergy is when the body misinterprets a food (typically a protein) and uses the body’s own allergic mechanisms (a.k.a. IgE antibody) in response to that food. This can be measured by looking for IgE antibodies against food proteins.

What are the typical symptoms of an allergy?

Shortly after ingesting a food, a child can develop a rash called hives (a.k.a. urticaria), swollen lips or facial swelling, itchy throat, wheezing, blotchy or pale skin, sweating or trouble breathing. Diarrhea and vomiting can also be a sign of food allergy, especially if they occur at the same time as other allergic symptoms. Typically the more serious allergic reactions show more symptoms. The more serious and potentially life-threatening allergic reaction is called anaphylaxis. This is a medical emergency and parents should call 911 for immediate help.

What are the most common food allergens?

Although children can be allergic to any food protein, the most frequent allergens are cow’s milk, hen’s egg, soy, wheat, peanut, tree nuts and seafood.

What is my child’s risk for a food allergy?

For infants that aren’t at high risk for food allergy, is it better to avoid potentially allergic foods or to start them with the other solids?

It’s better to start potentially allergic foods when solids are started (4 to 6 months). As mentioned previously, we used to recommend delaying the introduction of common food allergens. It is now clear that this can increase the risk of food allergy. As a result, we recommend starting potentially allergenic foods at the same time as other complementary foods. It’s unclear why starting solids earlier is protective, however it’s likely that breast milk plays a role in inducing immune tolerance (this is when the body can tolerate a protein without having an allergic reaction). Given that a child will likely experience an allergic reaction after their first exposure to a food, it is recommended that the first time a child eats a potentially allergenic food that they consume a small amount while at home.

If your child is allergic to a food, what can you expect? Will they outgrow it?

Some food allergies, such as egg or cow’s milk, are typically outgrown. Others can stay for a lifetime. Some allergic reactions are mild and some can be life threatening. Depending on the allergen and the severity, food allergies can be a minor inconvenience or a life-changing diagnosis. For children with food allergies, eating at restaurants, parties and school can be problematic. Some families need an epinephrine autoinjector on hand at all times. A lot of research is underway on treatments that may be able to decrease the severity or eliminate a food allergy. For example, oral immunotherapy may be a treatment option in the future.

Is gluten intolerance a food allergy?

Gluten intolerance is a little confusing. Gluten is a protein found in certain grains. People can be allergic to it, be intolerant, or have celiac disease. There are important differences between wheat allergy and gluten intolerance. Wheat allergy is when the body is allergic to wheat and children develop typical allergy symptoms after eating wheat. Some people have constipation, bloating, low energy or other symptoms after eating gluten, but don’t have an allergic response and have negative celiac testing. This is gluten intolerance. Celiac disease is when the immune system of the intestine is stimulated by the gluten protein which results in a myriad of symptoms. This is an increasingly recognized disease and can typically be diagnosed with a blood test.

Like a lot of topics in medicine, food allergy is an evolving field. Inevitably, future studies will force us to change our recommendations in the future. We’ll try to keep things black and white when they do. If you have any doubts or questions, your pediatrician is the single best source for up-to-date information. You can also find some helpful information online through the American Academy of Pediatrics’ HealthyChildren.org website.

Dr. Richard Keeler is a pediatrician in the Allegro Pediatrics Redmond Ridge office.

Get updates and helpful resources sent directly to your inbox.